Welcome to Oil Acumen. All Oilers, all the time... Occasionally other stuff. 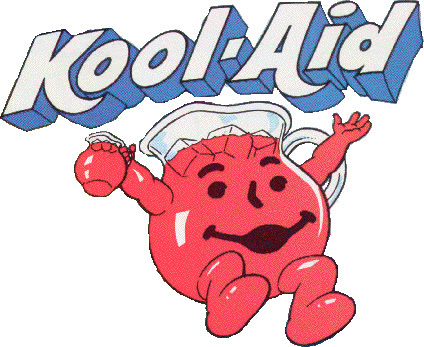 Many people think Connor McDavid will be better than Sidney Crosby, including a guy who should know: Wayne Gretzky. Some may say that Craig MacTavish is the luckiest man in hockey. Considering the back-to-back 28th finishes, the worst season in team history, the reversal of his "bold" rhetoric, and the growing apathy among the fans, MacTavish is certainly lucky to have backed into the magic bullet savior. But he's not the luckiest man in hockey. No, that honor falls to the team's owner, Daryl Katz.

After all, MacTavish's job gets easier with a talent like McDavid about to enter the fold, but it also comes with enormous pressure and Bob Nicholson breathing down his neck.

Katz, on the other hand, just got the one piece that can bring all the fans back. Just in time for his new arena; just as fans were no longer bothering to go to games. There's no danger of interest in season tickets declining now. Anybody who has ever bled blue and orange is back in line for a serving of the kool-aid -- even the most bitter and disenchanted of us.

Caring and Feelings and Stuff

To be honest, I haven't really given a damn about the Oilers in two years. MacTavish's lineup heading into his first season at the helm left much to be desired, and seeing the same old, same old really took the wind out of my sails. Well, that and being out of playoff contention by the end of October. I salute the many fans who watched the last two Oilers seasons. You deserve McDavid more than I.

I hate the way this team has been managed, especially because of the guise of change when Tambellini was fired, followed by more of the same old incompetence. It only served to prove what we all knew: that the rot in the organization went deeper than Mr. Dithers, and it continues to this day.

But even I find myself hopeful for the first time in a long time. McDavid isn't just any piece, and he's being added for the low, low price of a draft pick. Many smart hockey people wouldn't trade Crosby for this pick. This changes everything.

McDavid changes the depth chart of the organization, of course. He will single-handedly make the team better right away. But he does more than that.

A player of this caliber changes the perception of the team around the league. Trade targets with No-Trade Clauses, coaches, and free agents will no longer turn up their noses at the Oilers. At least not so easily. Connor McDavid opens a lot of doors that have been bolted shut in the past, and now suddenly all the fruits of the NHL are low-hanging ones.

It's encouraging to see that Bob Nicholson might offer some quality guidance and oversight to the way this team is run. We know our Oilers, though. There probably won't be any wholesale bloodletting among the management group. That makes McDavid even more important to Edmonton, because he makes the job easier for men who have shown that they can't do it right when it's hard. What's more, failure has become even less acceptable - if that's possible - which should mean that fans will soon enjoy either playoff hockey or change at the top of the organization.

I'm sincerely hopeful that this draft lottery marks the turning point for the franchise. Frankly, if this isn't it, I don't know what is. Many of us have been put off by Patience Kool-Aid, but here's to the kid. Bottoms up.
Posted by Jerconjake at 23:51